“My World΄s Image” at the Cultural Foundation of Tinos 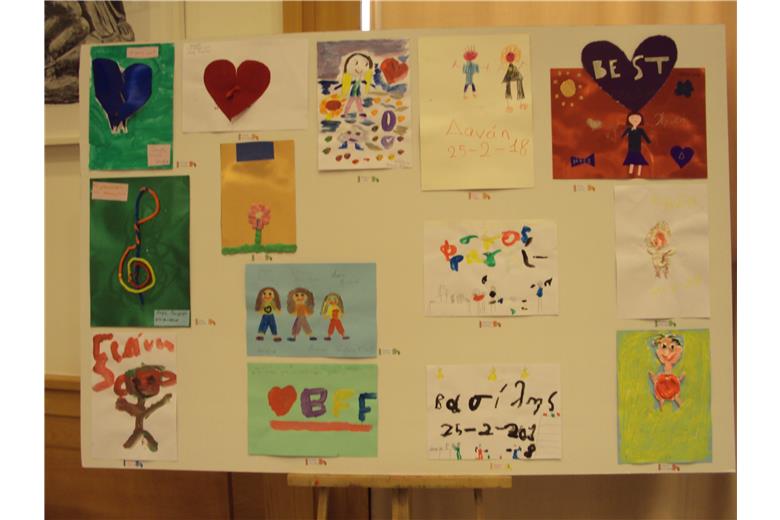 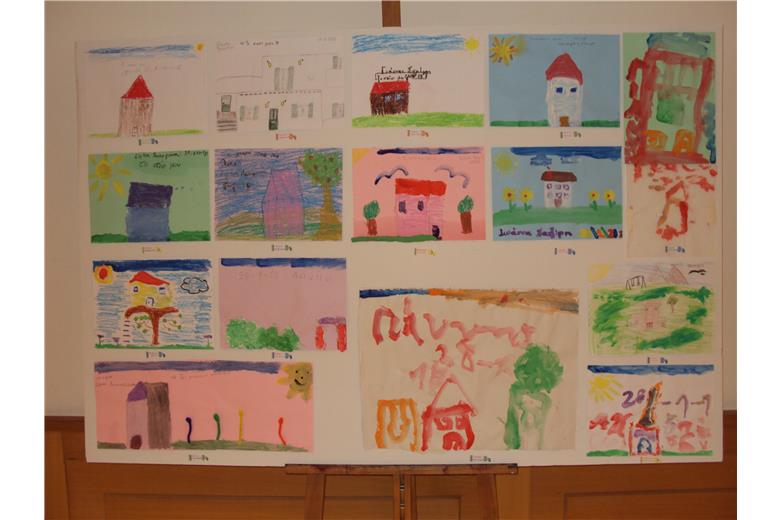 The Art Exhibition of the students of the 1st Primary School of Tinos under the title “My World's Image”, was successfully completed at the Cultural Foundation of Tinos on 12/5/2018.

The works of art of the students were completed in the context of the project “Art as Therapy” that was organized by the Parents Association in cooperation with the Art Therapist Sophia Koukourli.

Art is to children their way of saying ‘thank you’, ’I love you’ or ‘I miss you’. Painting as a language of communication allows them to freely express themselves and in deciphering it ‘Art as Therapy’ helps us.

We witnessed an art exhibition where the works of art were created by the students’ hands and hearts alike.

They painted by plunging their hands and brushes into the colors, they wrote their signature at an end of the paper, they gave titles and were happy to share their experience.

The free expression of the children’s feelings through their involvement with painting led them to discover the magic or art. ’Art as Therapy’ offered the place and the wat of expression through creativity. Students learned to choose, create, act, change their decisions, experiment.

The moments that they were creating, they transformed the world around them. One painting could trigger a conversation. Even when they drew a squiggle or left a colored finger mark on the paper, the work of art had an emotional significance for allowing them to express happiness, anger, grief.

Children discovered their world in view of every new challenge with spontaneity and strength. Through this process they gained “access to their emotionalism and their inner behavior” as is characteristically reported by Françoise Dolto*. Every child reproduced on the paper the emotions and the impressions as those were felt by the very same child in their own inner, fragile world.

By asking them to draw an ‘imaginary family’, children are driven to project on the piece of paper, experiences that they had within their families, real or imaginary.

Children’s paintings are a limitless source of information about their feeling, dreams and difficulties. Their work of art that was created by their hands took us on a journey full of colors, imagination and beauty coming straight from their hearts!

*Françoise Dolto, (1908-1988), was a French pediatrician and psychoanalyst. She is considered to be one of the most prominent figures of the French School of Psychoanalysis especially contributing to the field of Children’s Psychoanalysis. 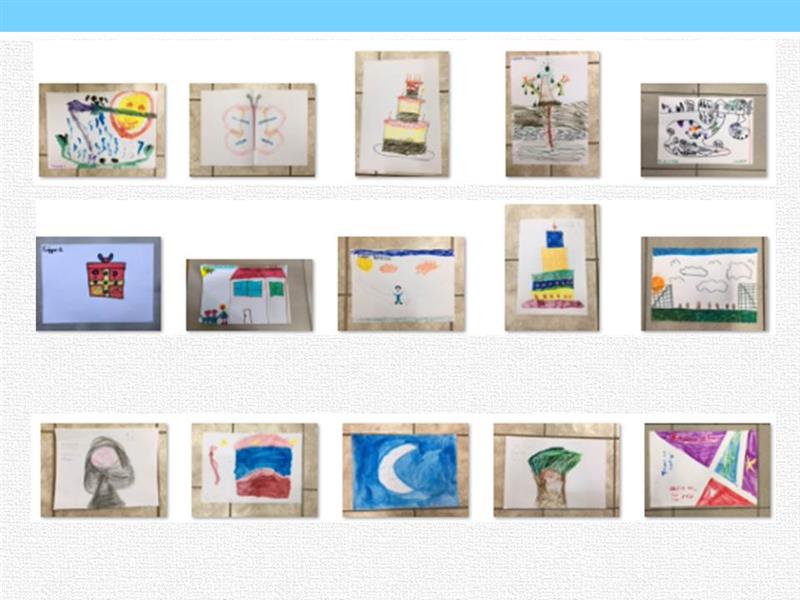 Check in about art therapy through our FAQs

In case of an extra question, please contact us

“Knowing thyself” (gnothi sauton) is the actual getting to knowing ourselves. Its true essence lies in caring for the soul, self-awareness, awareness of our skills, abilities and potential. It helps us understand the way we could act in order to gain the real self-awareness.

This site uses cookies and other tracking technologies to assist with navigation and your ability to provide feedback, analyse your use of our products and services, assist with our promotional and marketing efforts, and provide content from third parties. Click settings to choose the Cookies you want to enable.
Cookies Policy

When you visit any web site, it may store or retrieve information on your browser, mostly in the form of cookies. This information might be about you, your preferences or your device and is mostly used to make the site work as you expect it to. The information does not usually directly identify you, but it can give you a more personalised web experience.

Because we respect your right to privacy, you can choose not to allow some types of cookies. Click on the different category headings to find out more and change our default settings. However, blocking some types of cookies may impact your experience of the site and the services we are able to offer.

These cookies are necessary for the website to function and cannot be switched off in our systems. They are usually only set in response to actions made by you which amount to a request for services, such as setting your privacy preferences, logging in or filling in forms.

You can set your browser to block or alert you about these cookies, but some parts of the site will not then work. These cookies do not store any personally identifiable information.

These cookies allow us to count visits and traffic sources so we can measure and improve the performance of our site. They help us to know which pages are the most and least popular and see how visitors move around the site.

All information these cookies collect is aggregated and therefore anonymous. If you do not allow these cookies we will not know when you have visited our site, and will not be able to monitor its performance.

These cookies may be set through our site by our advertising partners. They may be used by those companies to build a profile of your interests and show you relevant adverts on other sites.

They do not store directly personal information, but are based on uniquely identifying your browser and internet device. If you do not allow these cookies, you will experience less targeted advertising.